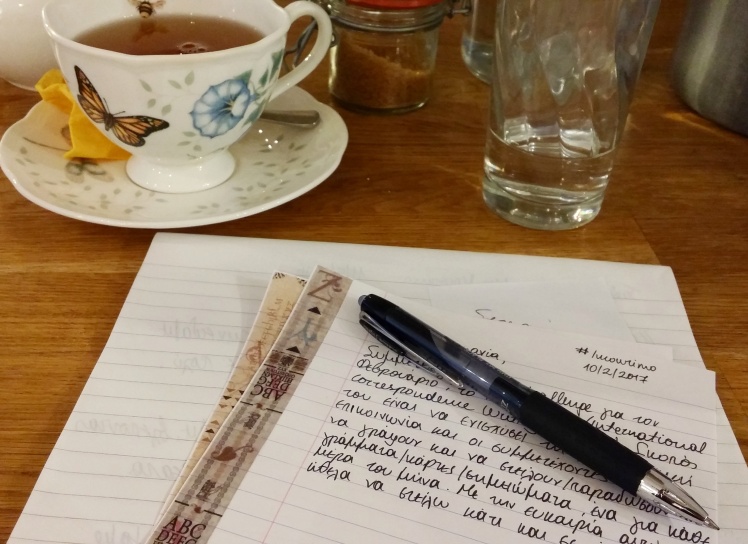 But let me backtrack just a little before I go on. We usually think of penpalling as a childish hobby but lately it has become popular again. I keep seeing people on social media practicing calligraphy, using fountain pens and fancy or handmade stationery, sending letters and packages to each other and making new friends in an analogue way. As a child I never penpalled, though when people hear I’ve taken it up now, as an adult, they are surprised that I never tried it before. Now when I think back to my younger self and the activities I liked, it’s like I eagerly anticipated the advent of Instagram. So it seems fitting that it was through Instagram that I found my first penpals last year, and I started dabbling in correspondence. <cliche> A brand new, wondrous world opened before my eyes </cliche> because I could use fancy paper, washi tape, stickers, colorful pens to create a letter and send it, to receive in turn pretty decorated letters and make friends in other countries.

So when a post on Instagram caught my eye that said that InCoWriMo was being organized again this year, I was more than ready to plan ahead in order to not only participate, but to complete the challenge. 28 letters in one month? Along with my job, classes, other activities? How could it be done?

Preparation was very important. I had heard of the challenge before but I knew that if there was any slim chance of my being able to complete it, I would have to plan ahead and get my stuff together early on. I started planning it in January, as soon as I found out about it. 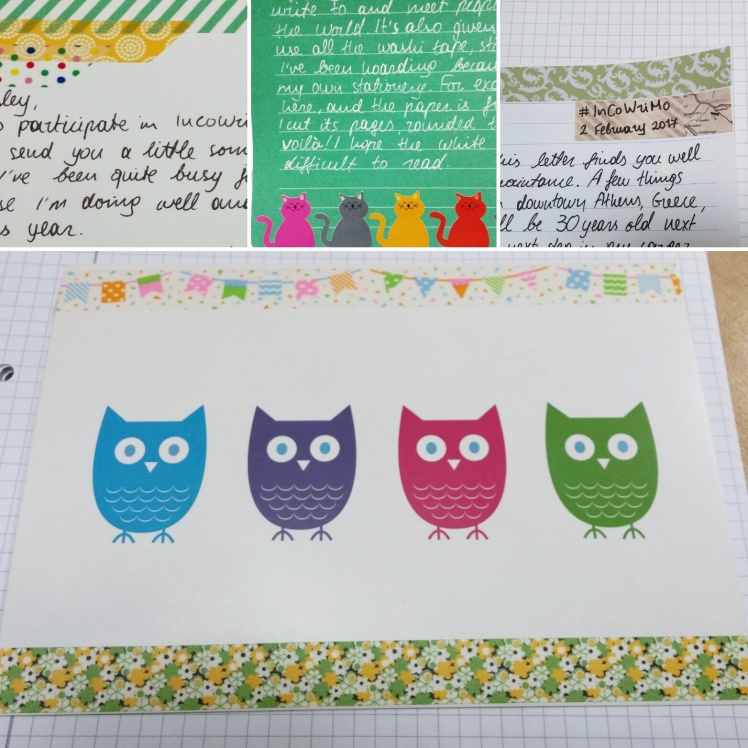 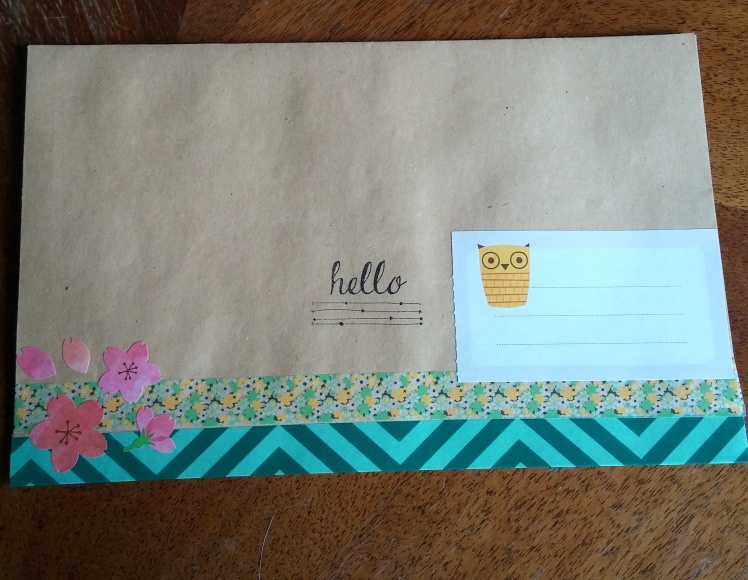 The challenge in numbers

Would I do it again? I honestly don’t know. It’s still pretty recent and I think that I’ve had enough and don’t want to do it again, I want to enjoy penpalling and correspondence at a more relaxed pace. But until February comes by again, I might have changed my mind.

I have a photo album here with the stationery and envelopes I created for the challenge, as well as some other photos from the process.

Also, the video below is in Greek, but in it you can see some of the papers and envelopes I decorated for InCoWriMo 2017. 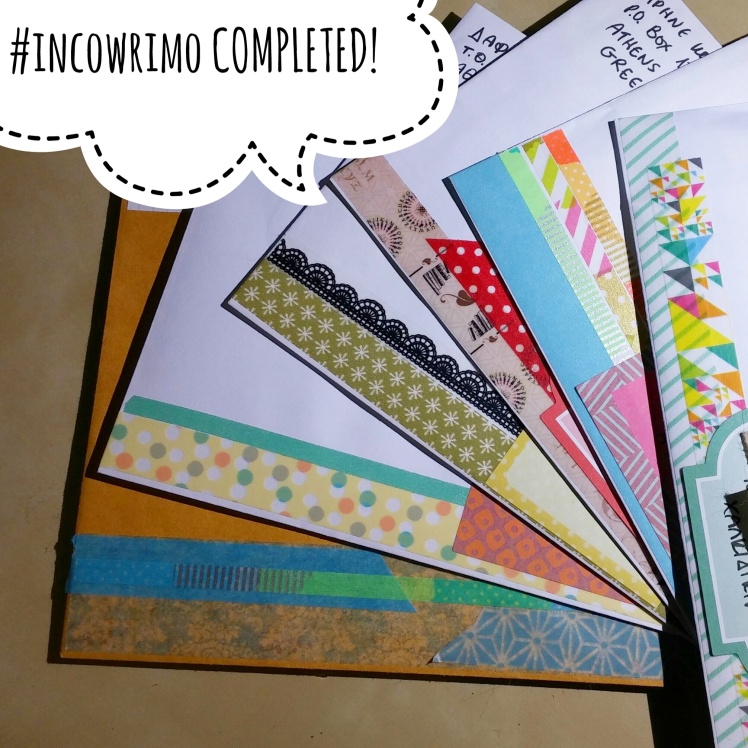